A weekend of celebrations to mark the Queen’s 70-year reign has left residents at Newton House jubilant.

Parties took place in every unit at the home, where everyone enjoyed great food, fantastic music and a host of royal-themed activities.

According to Marianne, many residents were moved by the scenes from Buckingham Palace, which sparked memories of the coronation day.

Marianne said: “It was fascinating to hear the residents talking about watching the Queen’s coronation in 1952.

“We were looking at an image of an old black and white TV set from the 50s, and the residents were reminiscing about how they crowded around them.

“They told me there would be one of these sets in the village back then, and everybody would gather to watch significant events.

“It’s incredible to think of the innovations and change that the Queen – and residents – have seen during the past 70 years.”

As well as doing activities, the residents also participated in dancing sessions and a sing-a-long. 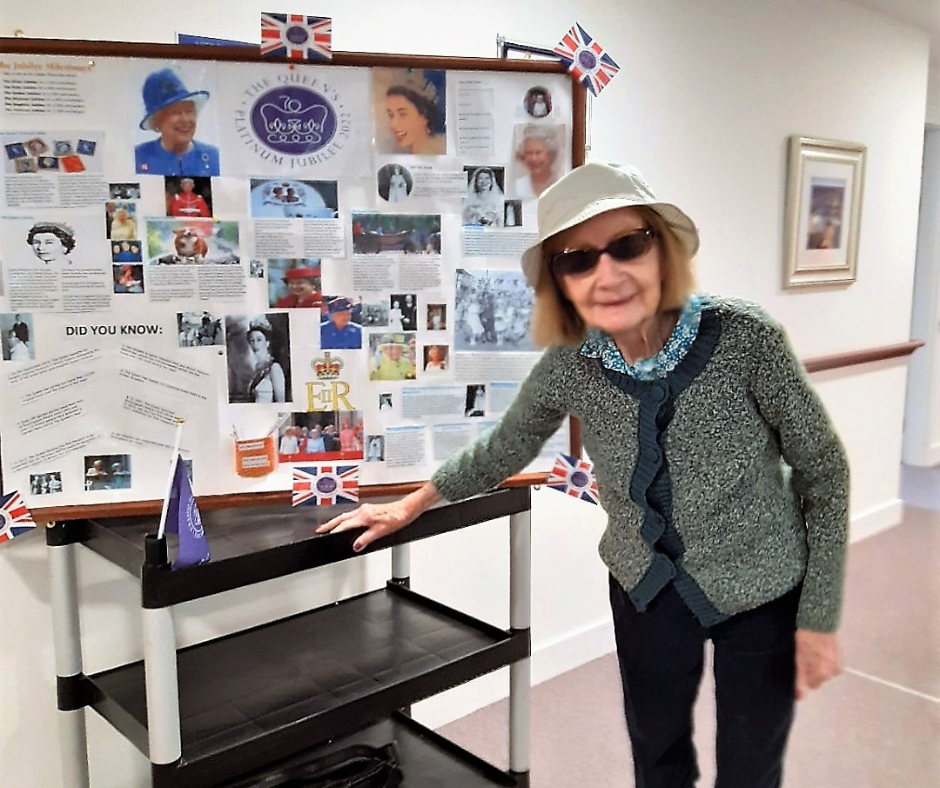 They learned how to waltz as part of the fun, and some elegant moves were displayed on the dancefloor.

But among the most popular parts of the jubilee celebration weekend was the food from the kitchen team.

There was also delight when a local ice cream van showed up to dish out sweet treats.

Marianne said: “Our Chef and team did an amazing job serving up a delicious spread of BBQ food.

“Residents loved the tasty jubilee cakes they baked, including the Victoria sponge, strawberry cakes and cheesecakes.

“As well as enjoying our celebrations, we made sure that we kept the live footage from London playing too so everyone could watch.

“One resident told me how much she’d loved the whole weekend and wouldn’t have missed it for the world.”