Happy memories of driving hundreds of miles to Land’s End were triggered for 83-year-old Richard Brown when he hopped on board his old bike at Chawley Grove.

Adventure-loving Richard couldn’t wait to see his 1952 BSA B33 bike again, which his son Anthony drove to the home.

Former vehicle mechanic Richard lives with Lewy body dementia which is the second most common form of dementia.

However, he has always been a fan of motocross, cars and bikes and so the moment he saw his restored bike his conversation and memories flooded back.

The trailer bike was restored by Anthony five years ago when it became too difficult for Richard to ride. 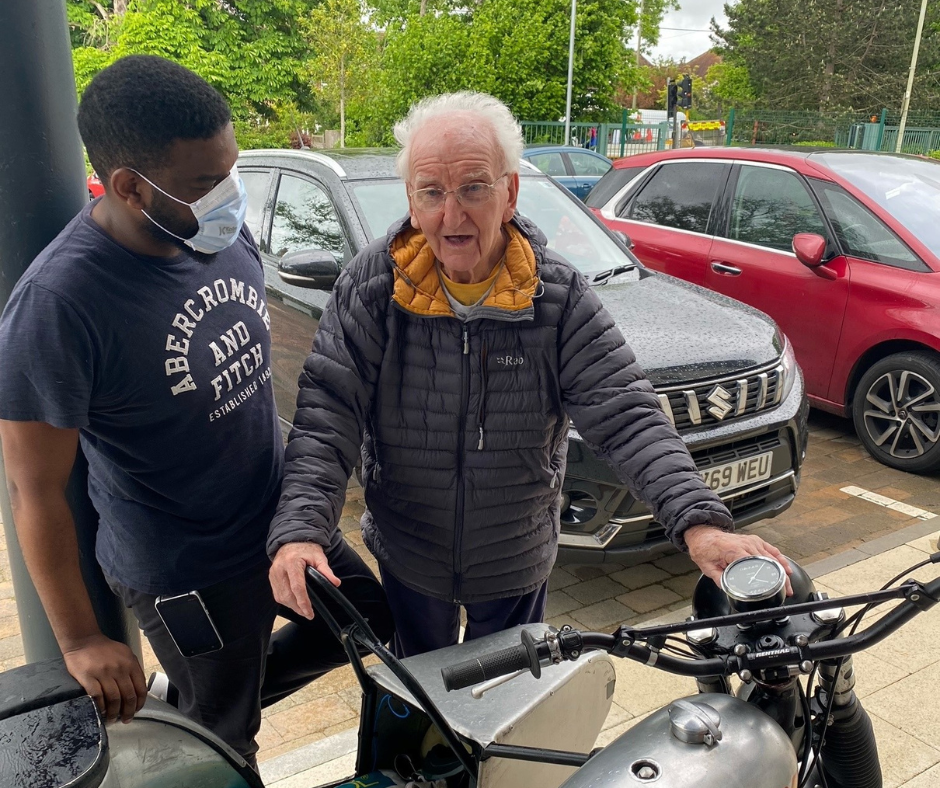 Anthony now uses it in the same events his father used to compete in.

Richard used this bike to drive to Cornwall to compete in the Land’s End Trial.

The 24-hour event took Richard through some rocky hill climbs, winding roads across some of the most remote landscapes in the UK.

Anthony said: “Dad got a massive kick out of sitting on it again and being able to rev it up.

“His posture and speech improved within minutes of being with the bike again and he enjoyed telling us all stories about the adventures he had on the bike in the past.

“It was great that we were able to arrange such a special treat for Dad, he even picked up my helmet and knew exactly how to put it on as if he were about to take a ride to the shops.”

Anthony said that he hoped to bring his dad’s other bikes to Chawley too. 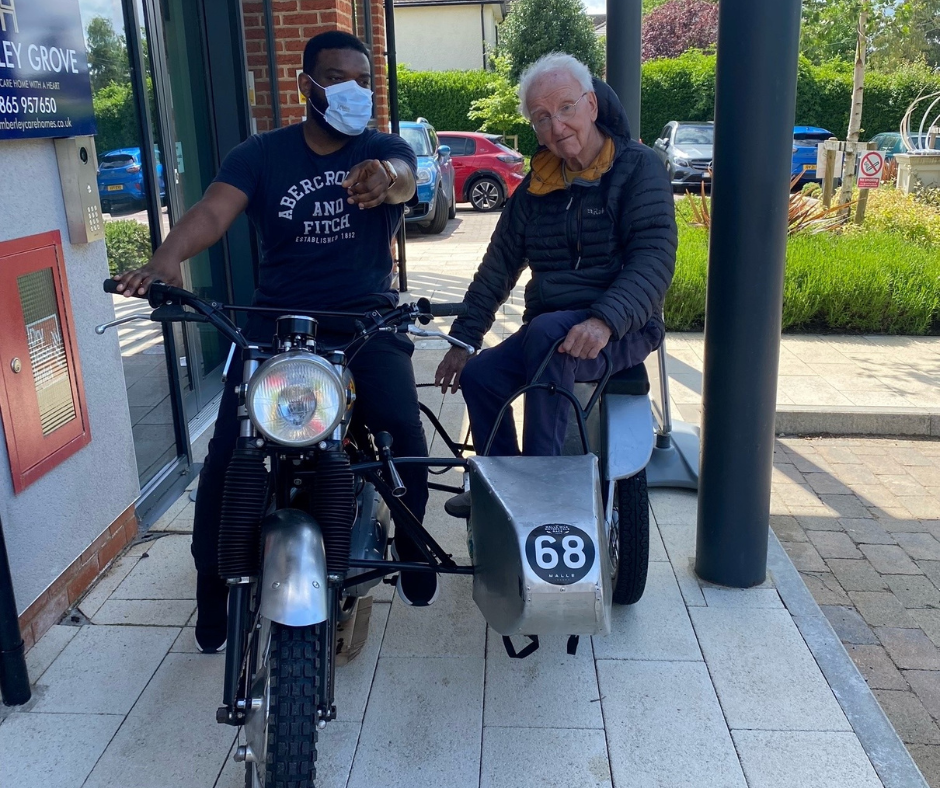 He added: “He will happily talk to people about his bikes for hours on end!”

Chawley Grove Wellbeing & Lifestyle Coach Megan Wilson said: “It was lovely that Anthony could surprise his dad with one of his old sidecar bikes.

“The minute he saw this sidecar, he was chatting away, sitting on it and telling us all about it.”