The residents at Richmond Manor have spent the Spring celebrating their hometown thanks to a series of Ampthill-themed events.

The fun kicked off on 22nd April when the Ampthill Town Band performed a brass concert in the courtyard.

Residents were treated to a selection of jazz standards, hymns, and wartime songs during the uplifting concert outside.

In the next two weeks, Richmond Manor hosted two Ampthill historians before welcoming the Mayor for a visit too.

Fiona said: "We've had a terrific time getting to know more about our hometown and enjoying a fantastic brass band concert.

"We can't thank the Ampthill Town Band enough for their superb performance - the residents loved it.

"We were also lucky enough to hear from historian John about the town's history, and he told us all about the Tudor links to Ampthill.

"I had no idea that Henry VIII used to holiday here, even though I did know Catherine of Aragon lived in Ampthill."

The second historical talk focused on the experiences of local people during World War II.

Fiona added: "We had local historian Margaret here to tell us about life in wartime.

"The Residents were so interesting to hear her stories and share their memories."

Finally, Mayor Mark Smith gave a talk about life in the civic role and showed his mayoral chain to the fascinated residents. 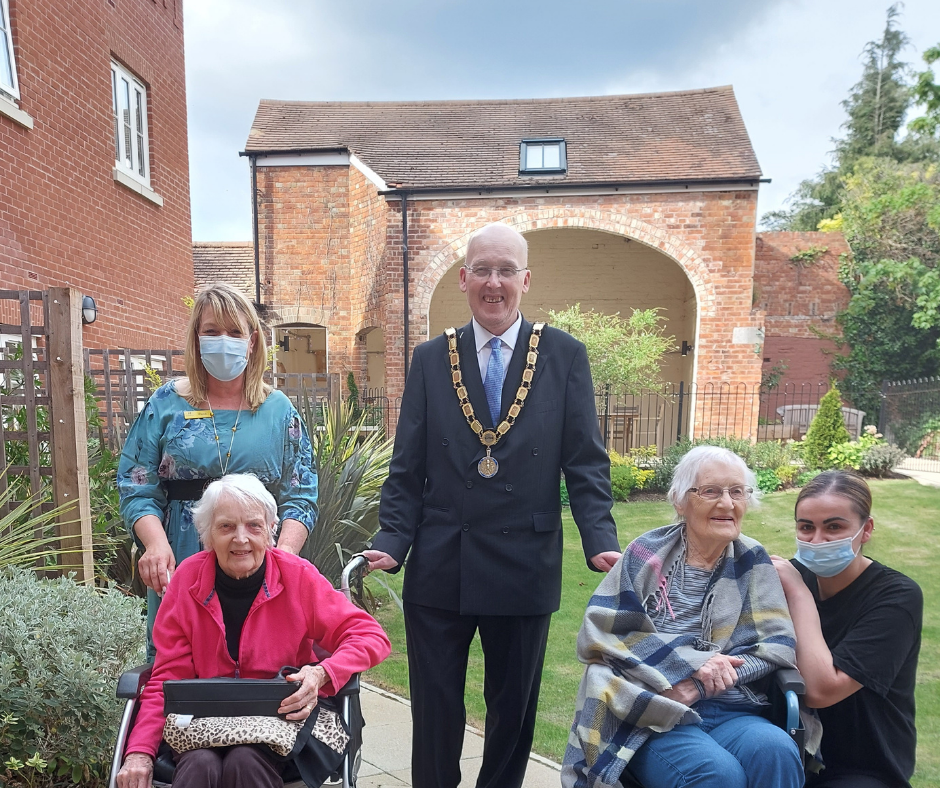 Resident Maureen said that she was interested to learn about life as a mayor and discover the history behind the mayoral chain.

Maureen said: "When we heard the Mayor was coming to see us, it was so exciting – it was like having royalty visit!

"I didn't realise that the mayoral chain gets longer and longer as each new Mayor gets their own badge attached.

"It must be quite heavy to wear, but it looks very smart."

The group retired to Richmond Manor's courtyard following the talk, where afternoon tea with Pimms was served.

Many residents wanted to get a picture with Mayor Smith in his chains.

Home Manager Fiona Smith said: "We'd had the hairdresser in during the morning as the ladies wanted to look their best for the visit.

"We took countless photographs as everyone wanted to pose with the Mayor.

"It was interesting to hear him speak at such a pivotal time, as he's getting ready to hand the mayorship over.

"We wish Mayor Smith all the best for the next chapter in his life."