A rusty old wheelbarrow has been transformed into a hardy planter by intrepid residents at Milngavie Manor.

Wellbeing & Lifestyle Coach Morag Scott led the project, which saw gardening equipment destined for the scrapheap given a new life.

Resident Bob took on the job of scrapping some of the rust and paint from the wheelbarrow to give it a shabby chic rustic look. 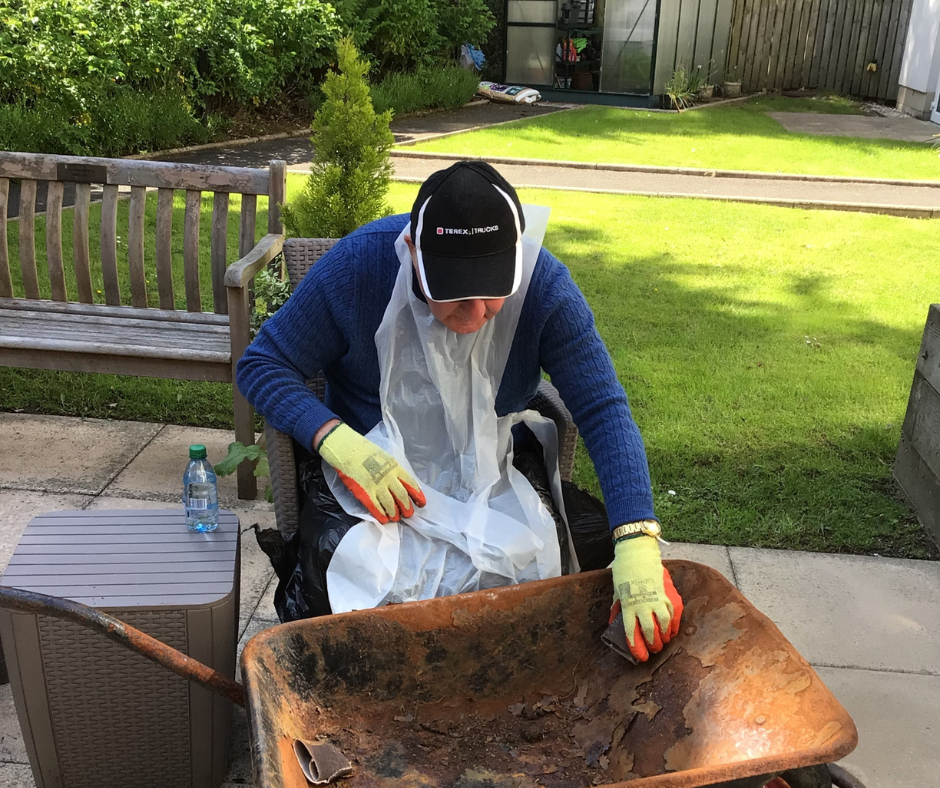 Weather thwarted the plans to spray paint it before the flowers were planted, but the group plans to add a coat later in the summer.

However, the flowers are already blooming in their new home, which takes pride of place on the Home’s grounds.

Morag said: “It was a fun project for the residents who like to be outdoors in the fresh air enjoying the garden.

“It’s sad when things are chucked away when there are so many ways to upcycle and give items a second life.

“We’re proud our little wheelbarrow has now got a new job and that our resident gardeners were involved in making it happen.”

Now the summer is here, it’s hoped that the flowers will continue to thrive, just like those in the hanging baskets made earlier this year. 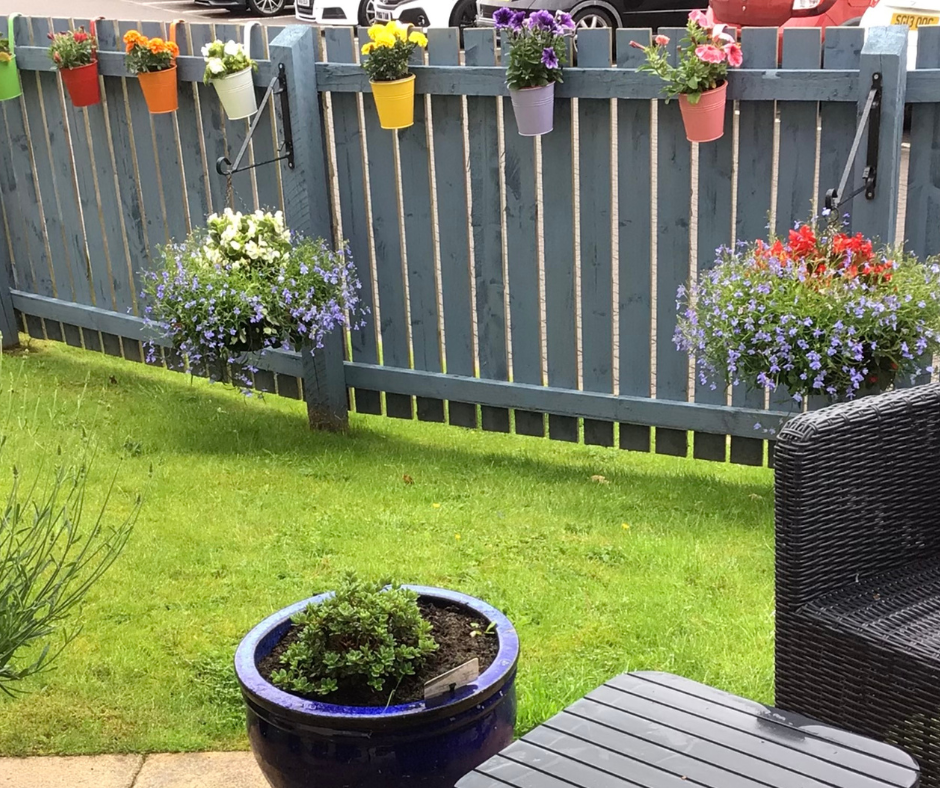 “She loves to keep busy, so every day, she waters her baskets and looks after the ones Isobel planted up too.

“The results are fantastic, and it’s lovely to see all these pops of colour in our garden.”