Residents at Richmond Manor were able to get up close to some stunning birds of prey during a visit from the owls of Herrings Green Farm.

The handlers arrived with a Barn Owl, a Tawny Owl and a Speckled Owl to spend one-on-one time with the group.

The residents were enthralled as the Herrings Green team gave them the lowdown on each owls’ habits, mannerisms, and fascinating facts about the different species.

After the informative talk, the real fun began as each resident got to hold all three owls.

Homemaker Sophie Wells said it was a new experience for all the residents. 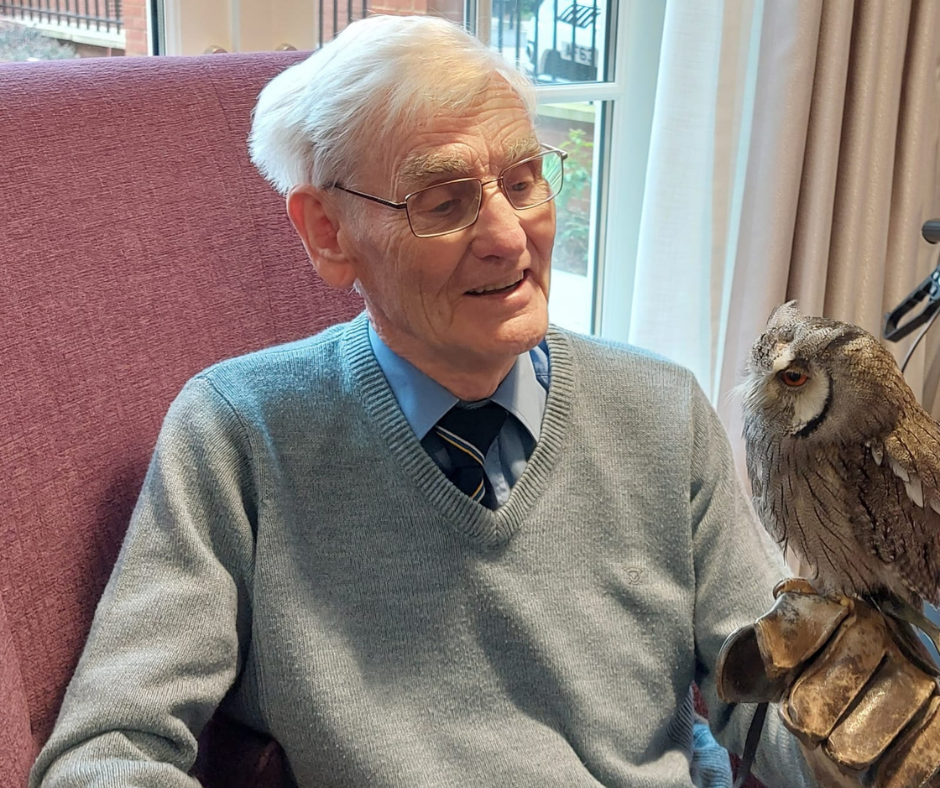 Sophie said: “It’s not every day that you get to physical hold creatures as impressive as these owls.

“The Herrings Green Farm team made sure everybody felt comfortable and supported as they spent time with these majestic birds of prey.

“Some of the residents were very moved by the chance to be up close to such incredible birds.

“It was an unforgettable experience.”

After the success of the owl experience, Richmond Manor has already booked Herrings Green Farm to return with their mobile farm in the summer.

In the meantime, the residents have been waxing lyrical about the owl visit.

Sophie added: “The beautiful barn owl flew around our lounge, and it was an incredible sight.

“None of our residents had ever held an owl before, let alone got to interact with three different species.

“They were still talking about it the next day and said it was one of the best experiences they’ve had.

“We look forward to giving them more opportunities to enjoy something different.” 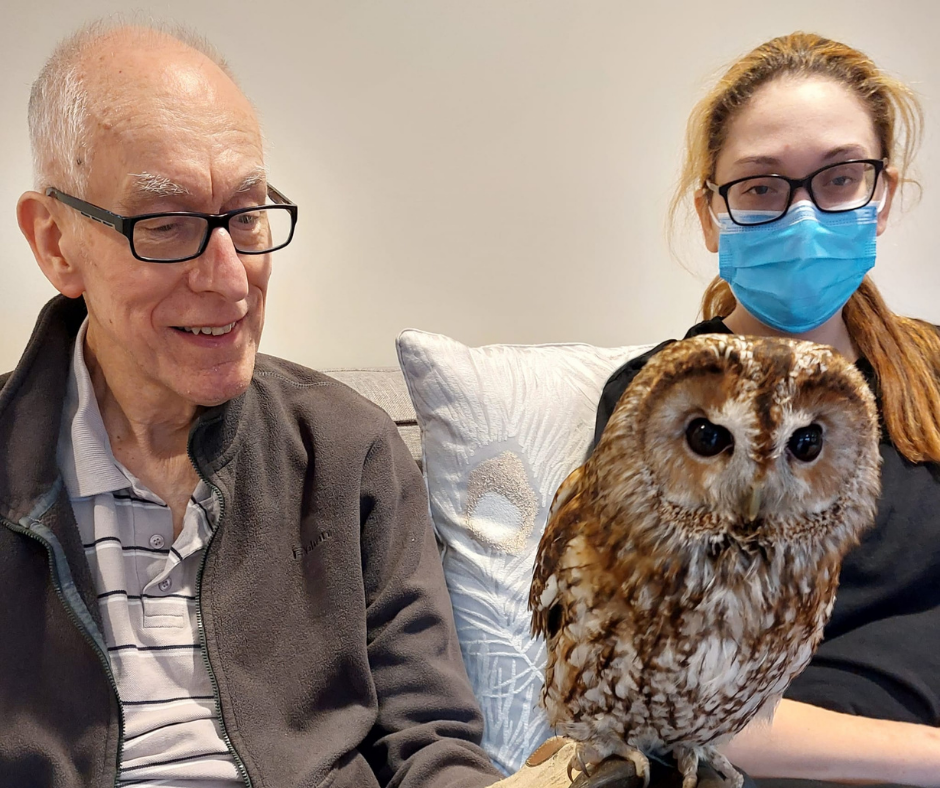