Adorable animals have been captured in their best light by residents at Elstow Manor during a pet photography masterclass.

Award-winning photographer Katrina Wilson visited the home to host a session where residents could learn how to take the purr-fect picture. 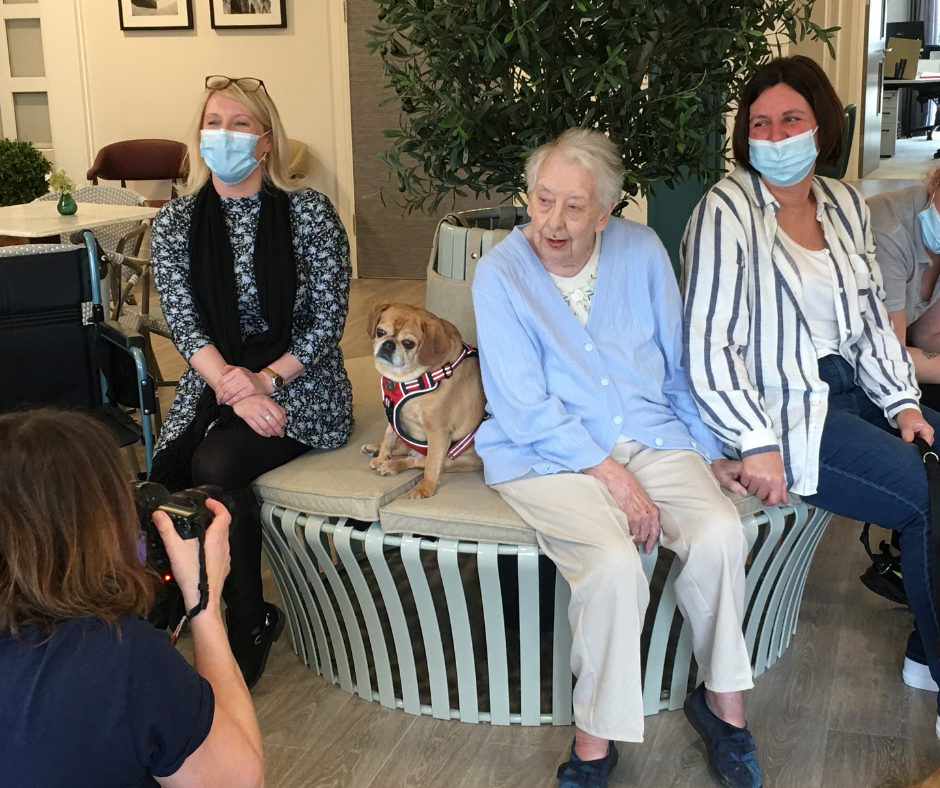 During the masterclass, the visiting dogs Bertie, Mac and Monty posed with their owners and staff members Oliver Waddington, Isla McAllister and Mandy Day as well as Elstow Manor residents as Katrina got snap happy.

Katrina said: “It was such a fun masterclass – the residents were so enthusiastic.”

Resident Charles Boult, aged 90, was delighted to have his photograph taken with Mac, especially as the German shepherd dog loved the cheese treats he was feeding him!

Ina said: “It was so much fun having the dogs here and be great to see them again.”

Patricia Kollberg, 88, was pleased to meet Monty, a pugalier, while having her photo taken.

All three dogs; Mac, Bertie and Monty were such a good temperament and well behaved and kept calm as Katrina took the pictures.

Wellbeing & Lifestyle Coach Oliver Waddington said: “It was fascinating to see Katrina interact with the dogs and get on their level, as well the different treats to entice them for those perfect snaps.” 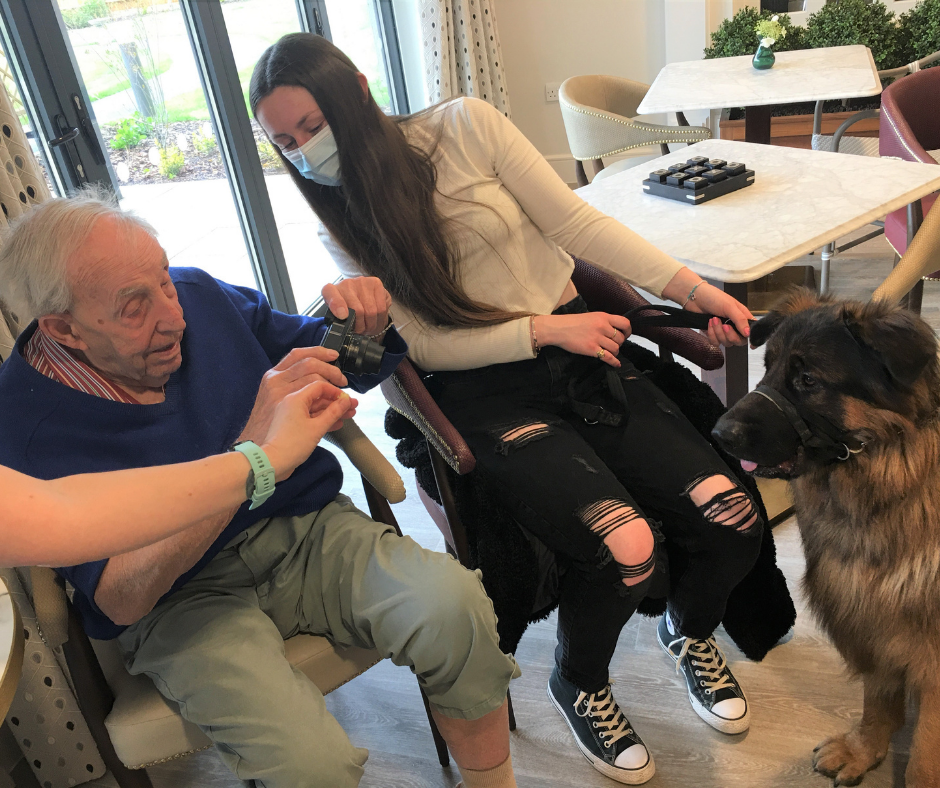 Photographer Katrina, who has two border collies of her own, works from her studio in Maulden, Bedford and specialises in pet images.

Following the session, she said that the residents had been a pleasure to teach. She added: “We were lucky to have very well-behaved subjects, and the camera loved them.

“It was gratifying to see the residents’ fantastic photographs and they’ve told me the images will be put on display at Elstow Manor.”