Devoted granddad Geoffrey was able to attend a special family wedding this spring, thanks to the magic of technology.

His granddaughter Hannah and her fiancé Jack were getting married in Bude, Cornwall, but the distance meant Geoffrey couldn't attend in person.

However, the bride and groom conspired with Charrington Manor staff to ensure that Geoffrey was the guest of honour on their big day.

The team transformed Charrington's cinema into a wedding venue and laid on a virtual experience with a live link to the Cornish celebrations.

Geoffrey even got a taste of the wedding cake as Hannah and Jack greeted him via video cam.

Wellbeing and Lifestyle Coach Claudia Modiga said: "Geoffrey wasn't able to go to his granddaughter's wedding, so we brought the wedding to Geoffrey through a virtual link.

"We turned our cinema room into a sparkling wedding venue as Geoffrey joined the couple throughout in an interactive link to the celebrations, finally toasting them with a glass of champagne as they pronounced 'I do'.

"Geoffrey was able to congratulate them as if he were there in person - the joy on both sides was profound.

"There wasn't a dry eye at Charrington Manor, everyone was very moved, and Geoffrey really felt that he had shared the day and their joy." 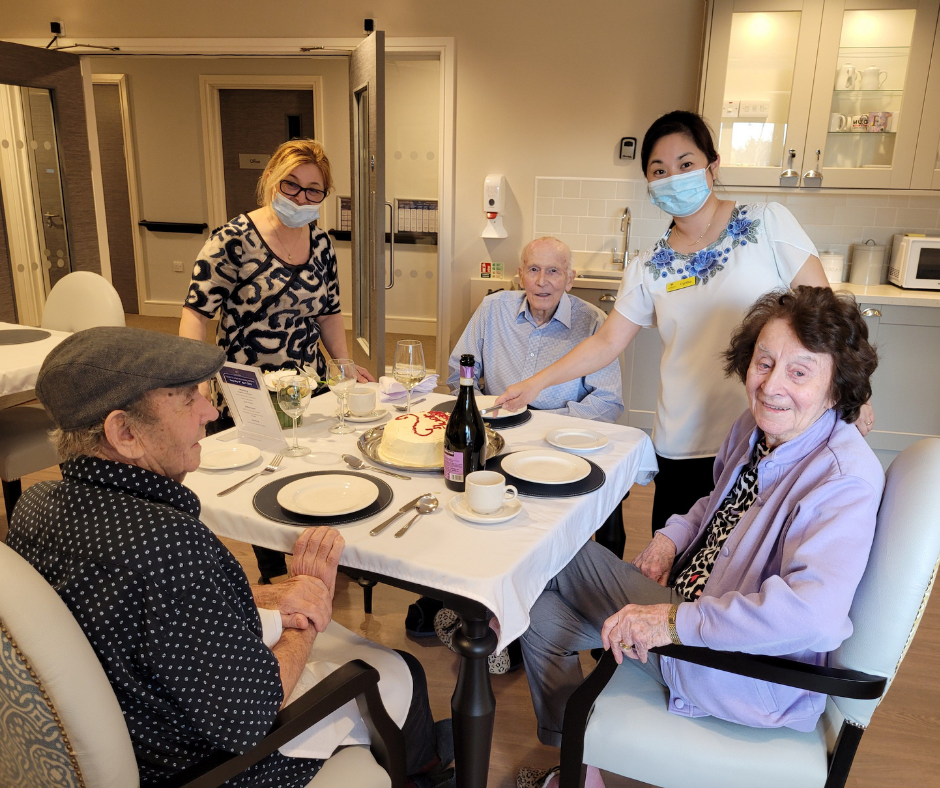 Geoffrey, originally from Chiswick, London, has lived at Charrington Manor since March and is the second resident to move into the new home.

Geoffrey said: "It was wonderful to join the occasion, even if it was virtual. I was able to hear the wonderful couple say their vows, and we could enjoy it together.

"It was also lovely to share the joy with those at Charrington Manor, and the cake was delicious."

Home Manager Simona Vargo-Pali added: "The staff all worked very hard to ensure the day was a great success and that Geoffrey didn't feel left out.

“Chef even made a wedding cake, which Geoffrey later shared with the other residents."